From the coast to the mountains and everything in between, Georgia’s nine regions offer well-known and off-the-beaten-path gems in cities both big and small. Begin your journey by exploring Georgia’s regions.The majestic Caucasus Mountains with its regal snow-capped peaks makes Georgia one of the most breath-taking lands that you’ll ever set foot upon. Immerse yourself in the near-mystical charm of Mtskheta, the spiritual heart of Georgia and also one of its oldest towns. Declared by UNESCO as a World Heritage Site, Mtskheta is home to some of the oldest and most significant churches of Georgia. Nestled at the confluence point of the Aragvi and Mtkvari Rivers, the laidback Mtskheta town boasts of some extraordinary historical landmarks including Svetitskhoveli Cathedral, Jvari Monastery, St. Nino Monastery, Armazi Fortress, and more.

From its green valleys spread with vineyards to its old churches and watchtowers perched in fantastic mountain scenery, Georgia  is one of the most beautiful countries on earth and a marvellous canvas for walkers, horse riders, cyclists, skiers, rafters and travellers of every kind. Equally special are its proud, high-spirited, cultured people: Georgia claims to be the birthplace of wine, and this is a place where guests are considered blessings and hospitality is the very stuff of life.

Arrival in Tbilisi Airport, meet our representative and transfer to Hotel. Overnight at Tbilisi Hotel

After Breakfast at hotel, At 10 Am, Sightseeing tour of Tbilisi, visit the main attractions of the city such as Old Tbilisi, Meydan and sulphur baths ( who attended Pushkin ), Metekhi plateau, synagogues, mosques, glass bridges of peace, and Samba ( Saint Trinity Church ).Rustaveli Avenue, Liberty Square and Turtle Lake. [PICK UP 10 AM – DROP OFF 4 PM ]

After breakfast at Hotel, Transfer to Mtiuleti region on the Georgian Military Highway, in the ski resort Gudauri. On the way visit Ananuri fortress, which is located on the shores of picturesque Lake Zhinvali. The fortress belonged to one of the most powerful feudal families of late medieval Georgia - Aragvi Eristavi. The fortress belongs to the early feudal era. She served as an outpost for defense, blocking the road running from the Daryal Gorge in the Caucasian mountains. Transfer to the village of Stepantsminda, overlooking the jewel of the Caucasus mountain range - Mount Kazbegi. Holy Trinity church is located at an altitude of 2170 m, at the foot of the top of Kazbegi. Built in the XIV century shrine, it is the only cross-domed church in Khevi. (Distance from village to church - 4km. Approximate recovery time 1.5h by walking to the center of the city you can rent a 4X4 car. Capacity - 5 people (Extra Charge ). [PICK UP 10 AM – DROP OFF 6 PM]

After breakfast, check out from the hotel and wait in the hotel lobby for your departure transfer to airport Tour ends with happy memories.

or write us to holidays@europetravels.me 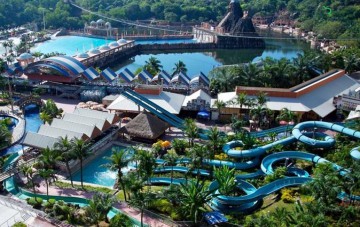 It is one-stop place for fun, whether you are aged 8 or 80! With over 90 attractions spread across 88 acres 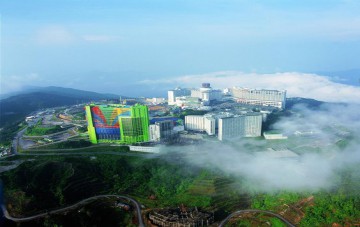 The comprehensive indoor and outdoor theme-park is the destination for "Fun at The Peak". 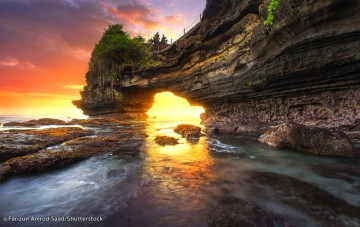 Let yourself be entwined with the beauty of pure white beaches, royal blue waters, the shimmering Indian Ocean and island mystique

ARE YOU READY FLY WITH MY TRAVEL

We have great pleasure to introduce ourselves as “Europe Travels?, having the desire to serve “World class Travel Experience? in the state of Qatar. Established in 2008, the company now specializes in providing travel arrangements for business and the leisure markets.